Nej!las – Behind The Scenes Of 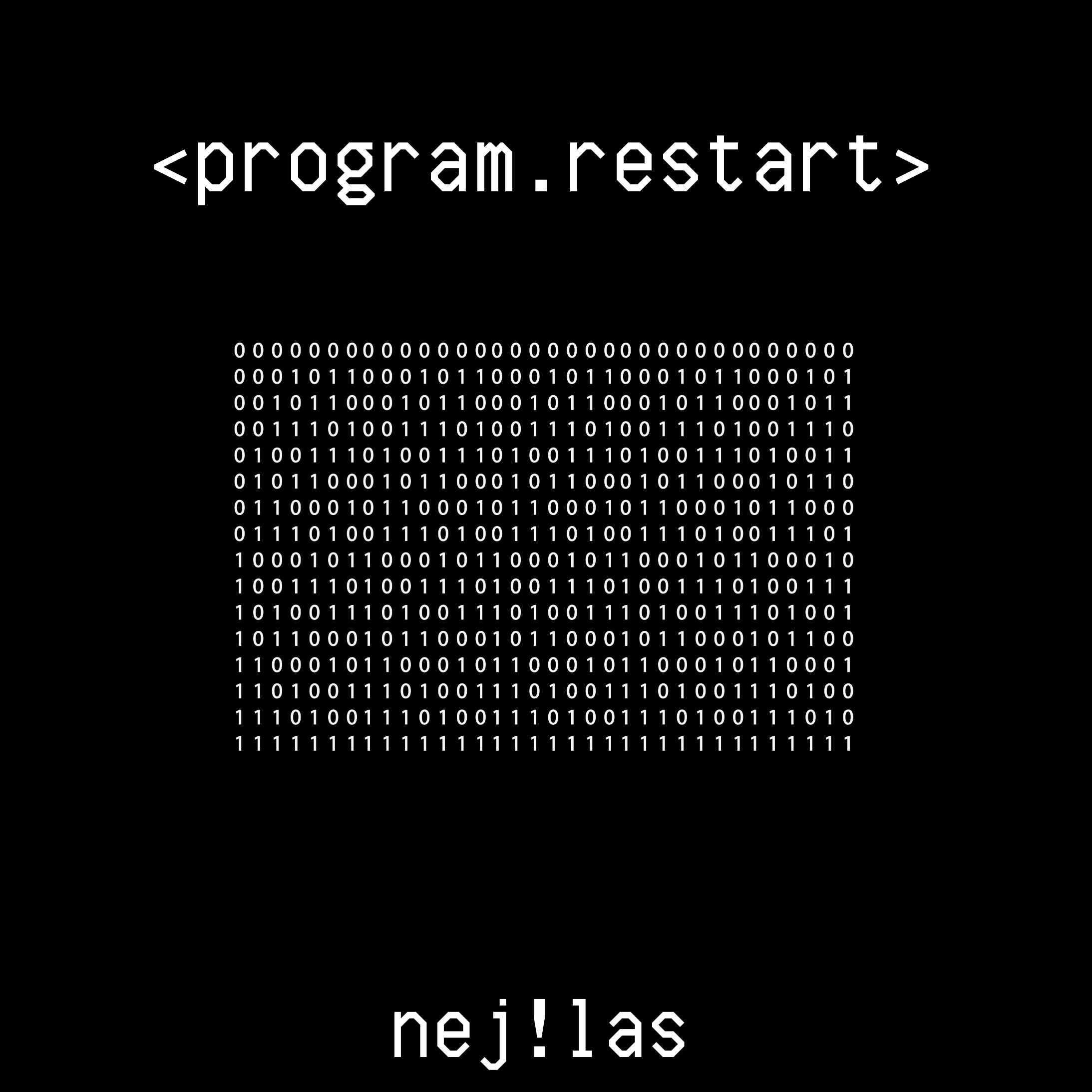 TRE caught up with Nej!las this month to discuss the inner workings of her heavyweight release ‘<program.restart>’. The talented beat-maker has carved out a solid reputation as a prolific and busy producer of quality electronic tracks that cross genres and moods with a stylish vibe of her own.

So Nej!las – can you sum up the inspiration behind the name and what made you choose it?

<program.restart> is the computer code one would type in order to completely shut down the computer and reboot it.

That is what this release is about. I had 5 previous releases out before this (Sunken, Risen, Fini, Washout, Resolution, and the Event Horizon EP with two tracks Harder Than Steel and Transfixed) which all had techno elements, but were not as techno as I wanted them to be and tended to be more electro or even trance. I wanted to completely shutdown what everyone though nej!las stood for, reboot, and load up as a techno-centred producer.

I do want to add it has been so interesting to see everyone’s reactions – each track on <program.restart> is so different from another. The first three tracks are really all different styles within techno– and you can tell! Feedback is trickling in, and usually in the past there is a clear winner of a dj favourite, but <program.restart> really has been a three-way tie between the first three tracks. I keep waiting to see if one is going to come out on top, but I really love all the equal love at this point! The release even surprises me lol. Maybe it should have been titled a showcase in techno instead….

Can we expect more tracks in this style from you in the future?

Absolutely. I’m starting to hang with the more techno crowd than electro and I gotta say I’m picking things up. This is it. This is nej!las from now on – the system has already been rebooted and is running optimally.

Obviously many different artists influence people, but do you have any specific influences you think are noticeable in this release?

This release is really a combination of a bunch of different sounds and styles within techno. You have the amazing tracks Drumcode releases/traditional techno labels release, which tend to be about 7 mins long (to even 12mins!), with a giant gradual build… to the type of techno Amelie lens or i_o produces – 4 min gems with drops and rises. I wanted to do a combination of both. Redefine techno and make my own style.

How long did it take to complete the record from start to finish?

I actually don’t know how to answer this! I started working on some new music in January 2018. Produced about 8 different unreleased tracks by the beginning of August and figured I should put out another EP since the previous one was released all the way back in February! Some songs I worked on for 14 hours a day and got done in 2 weeks, others I would keep going back to over months. It always is a journey and a process.

What were your choices of hardware and software during the production process?

Hardware – Moogs, Moogs and more Moogs! I also used a Roland to help with the drum sampling and MIDI input, and a small little keyboard I have for MIDI data as well (velocity and notes) but the sound would come from other synths. As for software, a little bit of everything – some favourites are Serum for the Saw waves (synths) since you can really customize the wavetables and the LFOs and envelopes and Omnisphere for the atmospheric sounds.

Do you have anything else in the pipeline for us at the moment?

Working on three tacks at the moment =) All already in the mixing and mastering stage. One is some UMEK style techno, another more deep and melodic like Noir’s latest 2018 release, and a third that is techno-electro and fun. Onwards and upwards..

Was there a specific moment you knew the EP was finished, or was it one that took a lot of time to perfect?

Funny story – there was a last minute addition that wasn’t even planned for! I was about to submit the release for distribution and it was only 3 tracks – it didn’t have the title release program.restart. But I have been working on a more traditional ‘gradual’ techno track for some time and it happened to be done around the same time the EP was about to be submitted, so I threw that one in at the last second, too. So literally, all the way up to the last second it was submitted.

Do you have a preference over what sound you produce, or does it happen naturally?

I have a very strong preference! I have an entire folder of tracks that I have produced, that are even fully mixed and mastered – that I have not  released.  The number of unreleased tracks even outnumber the number or released tracks! They are some great songs in the folder but the genres are all over the place. Not necessary techno or acid, they range from some very commercial “edm” songs to very piano heavy melodic songs to just straight-up instrumental soundtracks.

The sounds I actually release are the sounds of which I think makes techno great – an overreaching growling bass, a hard heavy kick, and some acid synths. Those sounds resonate with me – you feel the subs of the bass take over, the kick literally moves your core,  and the acid in the synths have almost an underwater effect. Hence the selectivity in what I release.

Finally, where can we find the release?

It’s available on all digital platforms:

Tune in to Floormagnet’s Latest Drop ‘She’ EP