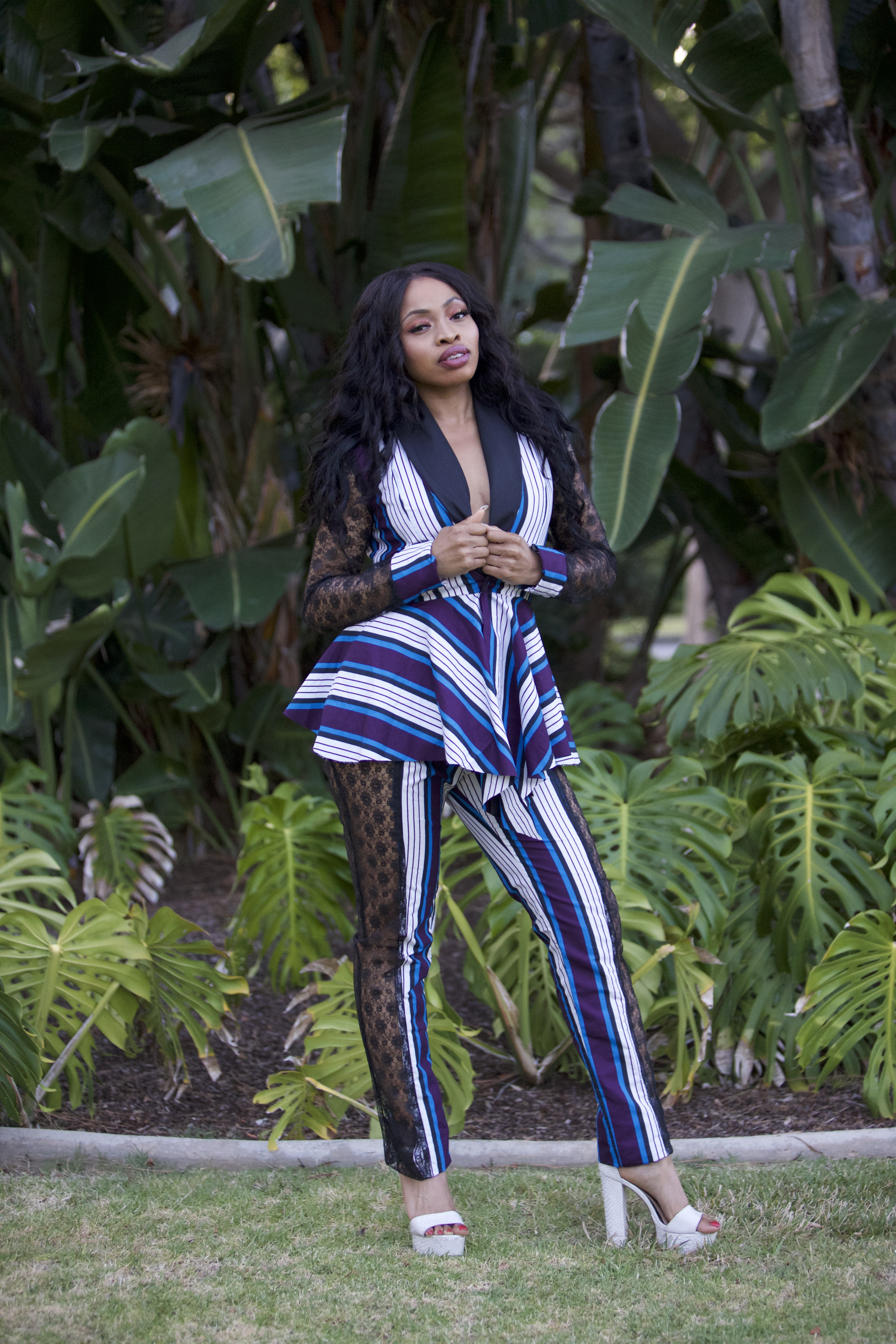 Hailing from London, Justina developed her love for singing, dancing, and acting at just six years old. With influences built around her image from her Nigerian parents and some of the most prolific singers like Beyonce and Alicia Keys, she is well on her way to the top of her domain. Some of her career accolades include landing a role in the movie ‘Pride and Prejudice Cut’, along with working on music with Grammy-nominated producer Haskel Jackson and local LA rapper Rasool, and Justina sang on a couple of his records. Justina is really demonstrating how much of a threefold talent she really is as she kicks off her career in the music industry. With no doubt that she will excel just as well in this line of work as much as she has in other aspects of her career, Justina is definitely not one to miss out on.

Hi Justina, tell us a little bit about yourself? (Name, age, where you’re from, what you do etc)

My name is Justina I was born and raised in London. I’m a singer/songwriter and actress.

How were you first introduced to music and when did you realize this is what you wanted to do?

I was about six years old when I started watching Bollywood movies with my mum. I loved the way they sang and danced in every scene. I soon started imitating and would sing around the house. A couple of years later, I participated in a singing talent show and won. From then on I just fell in love with music. I eventually started writing my own songs at 15.

Who are your main musical influences?

I love the confidence that both Beyonce and Alicia Keys carry. I think confidence influences me the most. Because when you are confident in your work, you create magic. I also love HER, her music is so refreshing and I love her musical style.

What are some of your greatest achievements so far?

I had the opportunity to perform my unreleased single at the Cannes Film festival in July 2021. This is one of the biggest film festivals and it was such an honor to sing my song at such a prestigious venue.

What would be your dream label to release on?

I would say Roc Nation

Who would you love to collaborate on a track with?

Oh wow, there are so many artists I would love to work with. Chris Brown, Mali Music, Drake, HER, the list goes on.

Which one of your releases would you recommend listening to that best describes you as an artist?

My first single ‘ROAR’ is me, down to a T. I wrote it because I wanted it to be an introduction of myself in the music industry.

If you could work on any other genre of music, what would it be and why?

If I wasn’t doing RnB/POP I would probably do EDM, dance, or house. It’s such a catchy style of music and it makes everyone dance. It’s also the perfect genre for summer, my fave season.

What is your ultimate career goal?

That my music can be played all around the world and that I could also perform all over the world. I want to share my music with as many people as possible.

Tell us a fun fact about yourself? (Not music related)

Well, I’m also an actress and enjoy that side of the entertainment industry. I filmed a movie in America and got nominated for best-supporting actress at the Lady Filmmakers Festival in Beverly Hills in 2019, that was pretty cool.

What’s in store for Justina this year?

I’m currently working on my debut album and would love to have at least 2 songs released before the year is up. I also have some acting projects in the works as well. Stay tuned.

Ryan Crane Strikes Back With Another Banger ‘Beam’

ZEHV Strikes Back With His Latest Release ‘Mockingbird’

Yantosh Strikes Back With New Banger ‘About You’

What sets Martin Garrix apart from other DJs

BKAYE Is Here With His Latest Release ‘Wanted More’

Hotboxx Talks About The Process Behind His Hit Track ‘Azul’