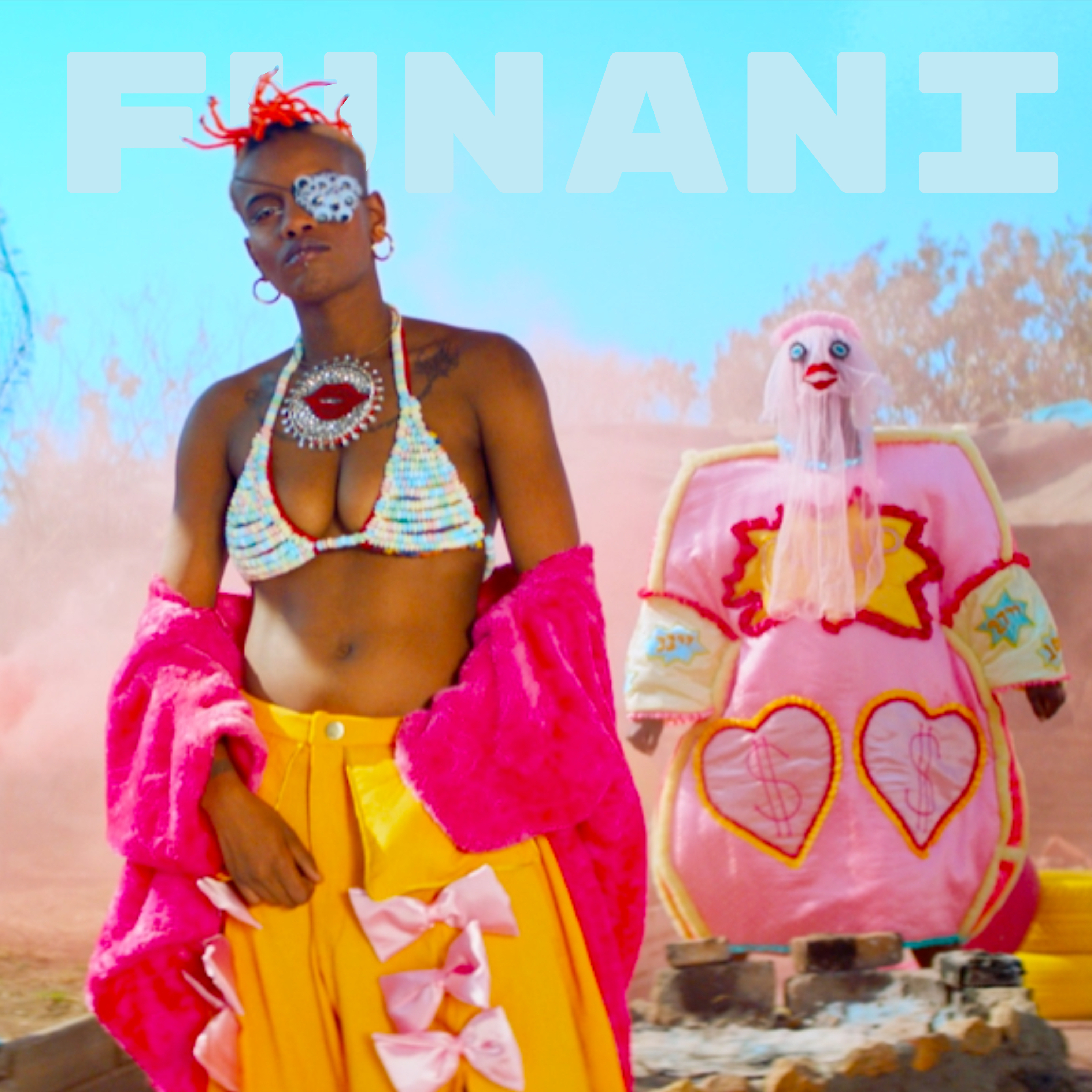 “The stunning video […] is an overwhelming feast of colour, movement, and chaos.” – Pink Wafer Club

East London’s South African MC whizz Toya Delazy this month detonates her nuclear-powered new single and visual release ‘Funani’ – a Zulu Rap-infused, hypnotising and leftfield single that merges influences of a string of global underground sounds to give birth to what has become dubbed ‘Afro-Rave’.

Bringing on board the sounds of Henry Counsell of Joy Anonymous resulted in a twisted and bass heavy instrumental that triggers the listener’s mind into states of frenzy and paranoia but also a bliss of relief in the tight production tricks and slick bass synths. This is a highly adept production that delivers ground-shattering studio delivery with a rough-cut yet mesmeric vocal package from Toya’s premium array of lyrical content.

It’s got Gqom, it’s got the raw attitude of organic Grime, it’s got the sub frequency of a dubplate and it’s oozing with originality and precision. ‘Funani’ is underground, real and fierce – but it will also leave you feeling satiated and full after listening. The erratic production and vocals are given a second dimension in the unnerving video which is a melee of neo-rave colour, schizophrenic stuttering and movement. Absorb the whole colour spectrum and dazzle your brain with the official video that partners this rocket launcher of a track to fully understand the message of this creative package. Full volume is recommended. Toya Delazy once again proves why she’s a serious musical powerhouse without genre-boundaries and remains one of the music world’s most forward-thinking creative minds.

Tune Into The World of Kebi With His Latest Hit ‘Asherah’

Tune in to The Latest Drop ‘Parasite’ From NATHASSIA and Stenchman